Wondering who will be the Qatar 2022 world champion?

EA Sports already has the answer. Since 2010, its predictions have always been true.

We remember Paul the octopus and other living creatures of all kinds who make the rounds of the internet to give their predictions at each World Cup. Some are wrong, but some are right, very right, and regular. It’s the case of Electronic Arts which has been right in the last three editions. With the great team we have, are we going to make the back-to-back? the future will tell us.

Everyone (or almost everyone) is now looking towards Qatar for the 2022 World Cup. Between euphoria and doubt, all the qualified national teams are getting ready for the great meeting of world soccer. But while everyone hopes to see their country or their favorite team lift the prestigious trophy, EA sports had fun simulating the competition on its soccer simulation game FIFA 23.

EA Sport says France will stop in the semifinals

Every nation that has qualified for the great spectacle of world soccer is currently mobilizing for the final adjustments. The coaches are in the process of unveiling their players who will try to go for the trophy. Barring any last-minute changes, the major nations already know who will represent them in Qatar 2022. And these are the data that EA Sports has used to simulate this World Cup.

Argentina on top of the world in 2022 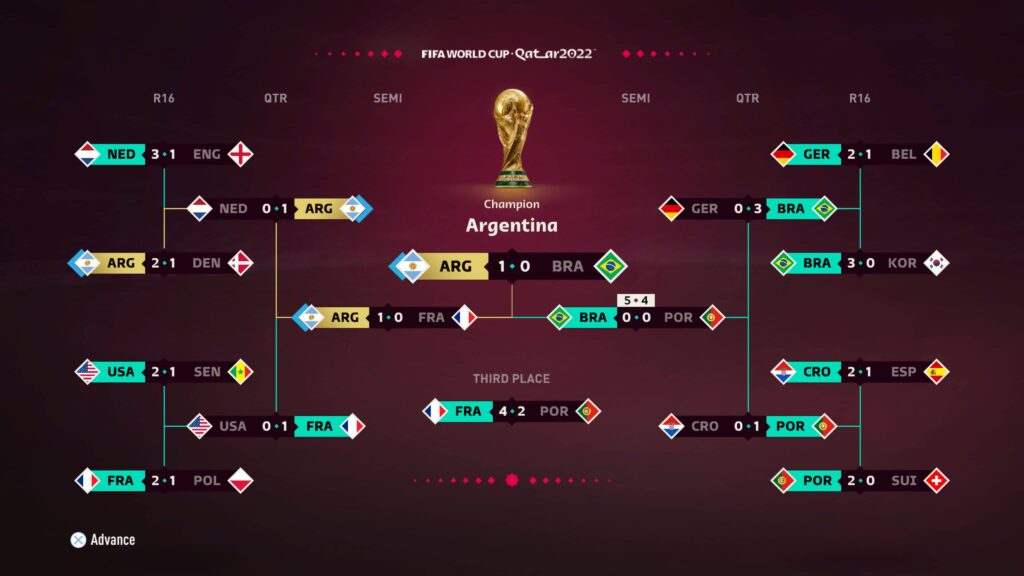 Leo Messi‘s Argentina is expected to take revenge on the French team this time around, in Qatar 2022. This should take them to the final where, according to EA Sports, they will challenge teammate Neymar’s Brazil. As was already the case at the Copa America 2021, it is Argentina that should be victorious in the match and thus win the World Cup Qatar 2022. Logical?

When you consider the arguments of Argentina, it appears as the team most likely to win this competition. In fact, many experts and fans think so too.

In addition to Messi, who is always on a form to lead the team, there are also players such as Lautaro Martinez, Lanzini, Di Maria, Lisandro Martinez, etc. With all these players, who shine in their respective clubs, beautiful soccer, and a serious collective, Argentina can seriously confirm the predictions of EA Sports.

These predictions would be trivial and taken much less seriously if EA had not correctly predicted the winners of the previous THREE editions. In 2018 they did indeed guess that France would win, the same for Germany in 2014 and also for Spain’s first title in 2010.

Top scorers according to FIFA 23 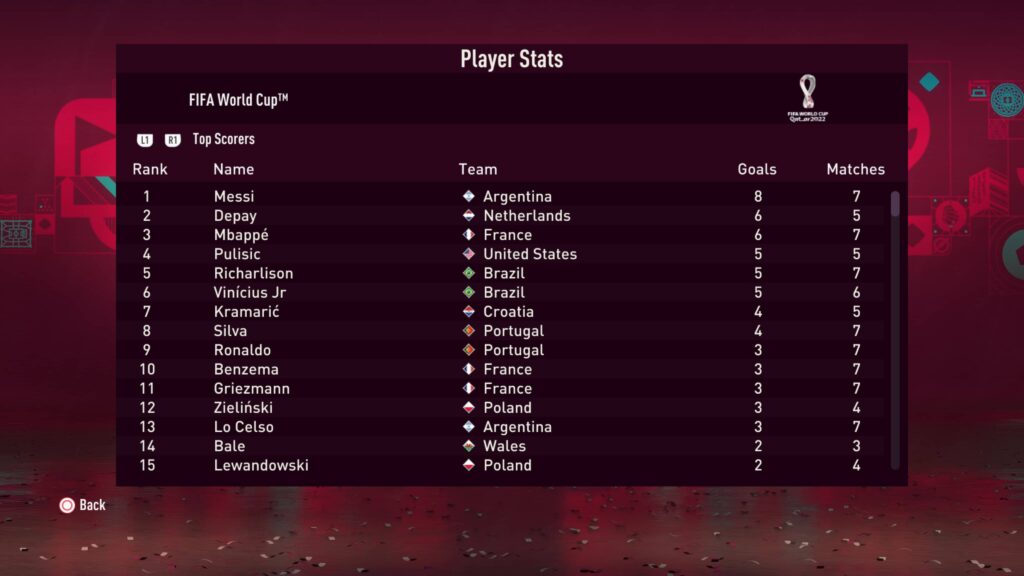 The 1982 World Cup in Spain saw the introduction of the World Cup Best Player Award. Since then, the award has been a permanent feature of every World Cup. At the 2022 World Cup in Qatar, the trophy for the best player will be awarded again. But who could get it? In any case, EA FIFA has already implemented its prediction on this subject the result is in the table above.

The best passers according to FIFA 23

With the release of FIFA 23 comes a new set of player ratings, ranking the best dribblers, best passers, fastest and best players.

Fans will be scrambling to get a copy of the newest version of the game, which will feature improved graphics and movement, additional game modes, updated rosters, and additional features.
for us, we submit the EA FIFA predictions on the best passers in the world cup QATAR 2022